Is 3D Scanning Technology a Catalyst to Augmented Reality’s Growth?

Imagine a company printing 211 million copies of a product catalog. That is more than 20 times the population of Sweden. What would happen if you added augmented reality to the mix? IKEA, a Swedish home furniture company, valued for offering good design and functionality at affordable prices, just started utilizing this strategy. They recently launched their augmented reality shopping app, called IKEA Place, which can overlay 3D models of furniture onto floors and other surfaces in a customer’s house in real time. Customers have been extremely excited because it has allowed them a sneak peek into how furniture would look in their house before committing to a purchase. 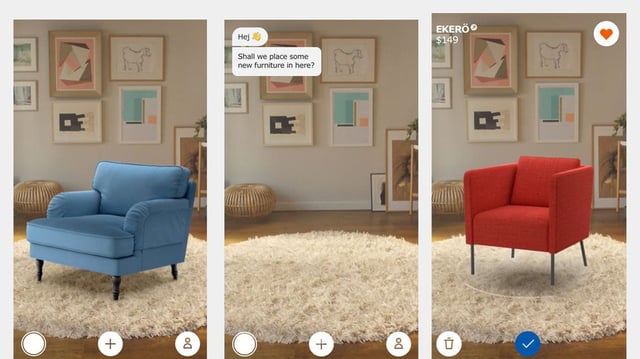 In our last blog post about additive manufacturing, we discussed how the retail industry has adopted 3D printing and 3D scanning to offer customized products at competitive prices to differentiate themselves. In fact, McKinsey, a worldwide management consulting firm, predicts that additive manufacturing could have an economic impact of $550 billion annually by 2025.

In this blog post, we are going to explore how 3D scanning will shape the future of augmented reality. An essential first step is to understand the difference between virtual reality (VR) and augmented reality (AR). Often confused with one another, VR means an entirely virtual world created through computer-generated images that appears on a fully enclosed headset. The most well known VR headsets available in the market are: Oculus Rift, Samsung Gear, and Google Cardboard. Some technology leaders have described virtual reality as the future of storytelling through immersive experiences. Augmented reality (AR), however, adds layers of virtual objects onto the physical world. This is achieved by superimposing digital images on top of the real world in nearly real time. The goal of AR is to bring the digital world seamlessly into the physical world. As per data released by Digi-Capital, investment in AR/VR technologies has soared to $2B annually.

The combination of augmented reality and 3D scanning is a natural fit — two emerging industries that are changing the way we visualize and experience new things. According to Philip Rosedale, an American entrepreneur, best known as the father of the virtual world - the development of photogrammetry and video photogrammetry to map 3D rooms is a technological breakthrough. Traditionally, to create 3D virtual environments all of the objects had to be ‘built’ using modeling tools. A big challenge was the amount of time it would take to build each and every object and the effort to bring all of them together. This would lead to costs being extremely high to even create a simple environment with acceptable digital quality. The rise of 3D scanners has made this process much easier and more cost effective. For example, full body 3D scanners, such as the Twinstant Mobile, give AR developers a much faster and high quality pipeline for making 3D models of people rather than having to start from scratch. 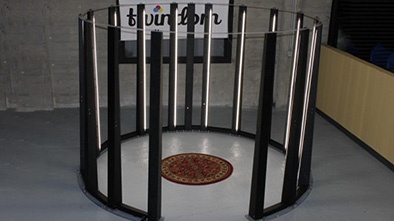 The Twinstant Mobile uses hybrid 3D scanning technology to scan people in ¼ of a second.

One of the latest AR trends is the adoption of the technology by businesses to meet their sales and marketing goals. AR can easily operate through a mobile app which makes it very accessible to consumers. Companies are able to create interactive and meaningful experiences that help in elevating the customer’s affinity toward a brand.

As 3D scanners become more widespread opportunities for augmented reality to be used will increase. For example, in retail, product centric companies will be able to create 3D models of products and allow customer to experience them without having to be physically present. Fashion companies will be able to offer a much richer digital experience to their customers by showing their new lines in 360.

In our next blog post on augmented reality we will discuss the use cases of technology for different industries.

Learn more about the 3D Printing and Scanning industry