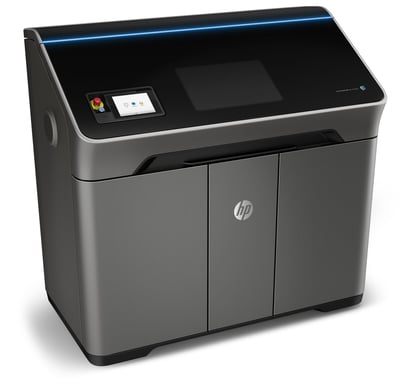 The Stratasys J750 color 3D printer uses a polyjet 3D printing process, similar to the Mimaki color 3D printer. The polyjet printing process consists of resin that is jetted out of ink heads and then later cured by UV light to harden it. One downside of the polyjetting approach with resin is the need for support material which typically increases the cost of printing and can sometimes prove difficult to remove

While the J750 has gotten a lot better with color accuracy since it was first launched, it is still a more expensive machine and more expensive to operate than the Mimaki full-color 3D printer. From a 3D printed figurine perspective, unless you want to use one of the J750’s other qualities, such as being able to 3D print in transparent material, it probably makes sense to always print with Mimaki. See below for a sample print from the J750: 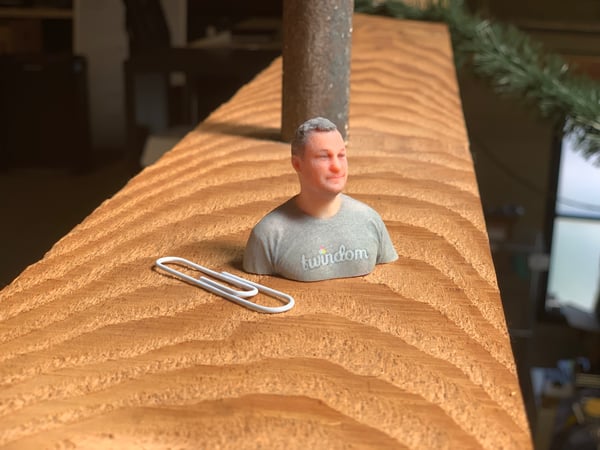 Check out our recent blog post for a full write up on the Mimaki 3DUJ-553 full-color 3D printer.

Similar to the Stratasys J750 full-color 3D printer, the Mimaki uses a polyjetting printing process to 3D print. The basic process is:

Although, the Mimaki can produce very high quality parts, the major caveat is that the material is much more expensive compared to the material used for the Projet 660. This makes it cost prohibitive to 3D print at the larger sizes on the Mimaki full-color 3D printer. Until material prices come down, the Mimaki 3DUJ-553 full-color 3D printer will likely be limited to 3D printing only small, high resolution parts when it comes to the 3D printed figurine market.

Below is a sample print from the Mimaki 3DUJ-553: 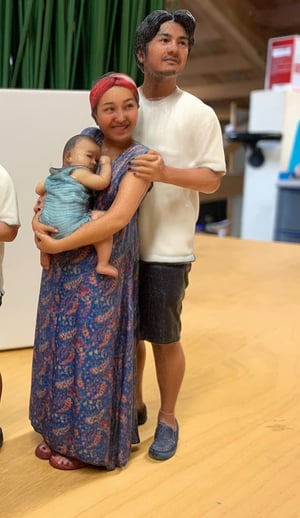 As the name implies, the HP Jet Fusion 580 uses a multi jet fusion process to 3D print. Multi jet fusion works by first spreading a thin layer of power over a bed. Inkjet nozzles then pass over the power and release agents (to both fuse and prevent from fusing) on different parts of the powder bed. Next, a high energy IR source passes over the power to sinter the powder together. The process repeats many times until a full 3D object is created. Once complete the unsintered powder is recycled to use in another print build.

We still don’t have full details on what the color version of the HP Jet Fusion 580 will cost, but past press articles have mentioned ~$100k. As for materials, it is still anyone’s guess until HP releases their new color 3D printer.

Of the 3 3D printers we’ve reviewed today, the HP Jet Fusion 580 is the most difficult to evaluate since it is still unreleased. If materials are priced similar to the HP Jet Fusion 580 monochrome 3D printer, then HP’s new color 3D printer could very well replace the Projet 660. Stay tuned. We’ll update this blog post as more details get released in the coming months.

Only time will tell how these full color 3D printing technologies get adopted by industry. With this latest wave of color 3D printers, we'll likely see new applications for 3D printing made possible just as we did with 3D printed figurines in the last wave circa 2014. The main things to watch in this wave are increased resolution, stronger materials and cheaper material costs. As a company whose product is deeply connected to the capabilities of full-color 3D printers, we're very excited for what these new technologies will mean for our customers.

Want to see examples of what the current generation of color 3D printers can do?